breaking up is hard to do

dear winter,
you know i love you, but i just can't take it any more. what used to be a pristine, fun and happy relationship has frozen over, turned gray and treacherous. i'd say it's not you, it's me. but really it is a little bit you. or a lot. you're just so cold and relentless and i feel i need more variety in my life, you know? i really love cozying up inside, but now and then, really, i NEED TO GET OUT OF THE HOUSE. it's not healthy to be cooped up for so long. also, you're taking people's power and and HEAT and with sub-freezing temperatures, that's just wrong.  and so please. stop coming around, at least for now. maybe we can try again next winter. so we're not really breaking up, just taking a break. a long one. but we can still be friends. we've had some good times, no?
like the first time you dumped 20 inches of snow on us in a little over 24 hours. that was wild. and there's no mistaking your beauty. 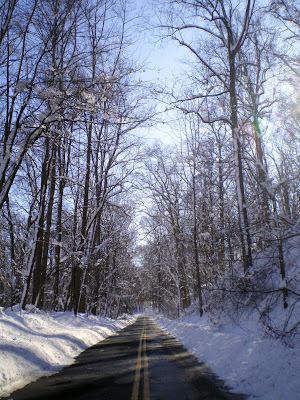 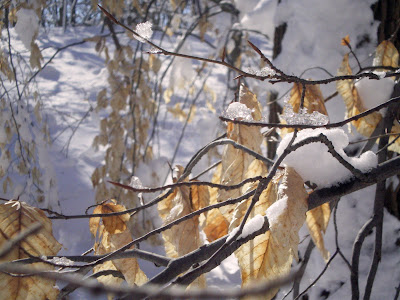 (pictures from the january 2010 snowstorm)
and then there was the time we rang in the new year with the boy. and he came to the 90s party at my house even though he was in charge of a ysa dance and then gave me a ride to said dance and i played navigator and got us lost, but we made it there before midnight, despite the snow and danced and partied all night long (or until 1am, when the dance ended).  remember that? that was good times. 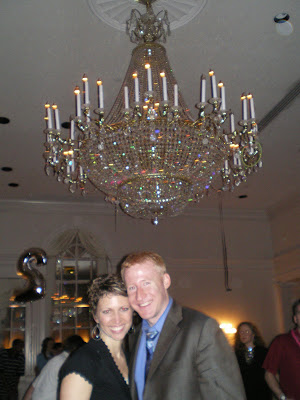 (me, the boy, and a big chandelier)
and the time i moved out of my studio into a new one in the midst of a snowstorm. also good times, thanks to shellie and the boy. and then the same night helped throw a wedding reception for some friends amidst the unrelenting snowstorm? i learned how to use my 4 wheel drive that day. and the next day i turned twenty-ten and many friends braved the elements to share some asphalt pie with me in celebration.
there was the time amidst the snowpocalypse (when you dumped about 22" of snow in a little over 24 hours AGAIN) that we bravely took the rav to skeen's to go running.... 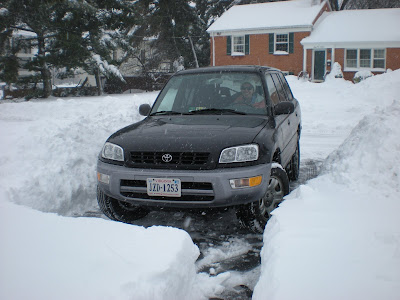 ...and she dug out a parking spot in her driveway just for me... 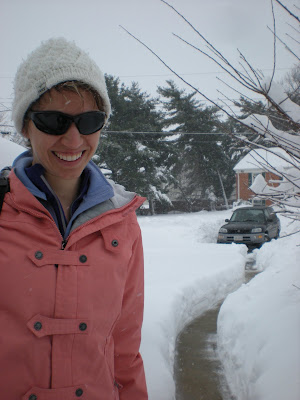 ...and we had to put plastic bags on our feet to keep them dry (and it worked like a charm). lovely. 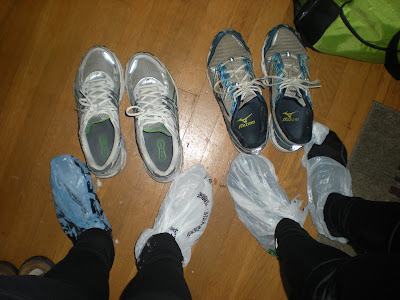 i don't think i'll ever see 395 this deserted ever again. 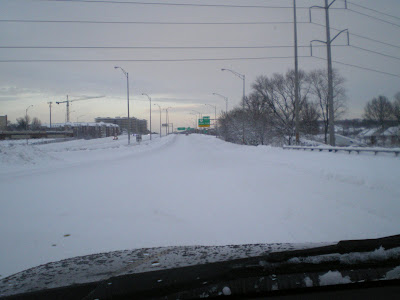 and of course, remember that time we doubled with tali and went snowshoeing slash telemarking after the flakes had ceased flying? and the rangers were super awesome and let us park illegally and blaze our own trail somewhere in the hills near the potomac but we discovered that its so difficult to go uphill on telemark skis that it took us an hour and a half to blaze a half mile loop and  never even got out of earshot of the generator? that was great. 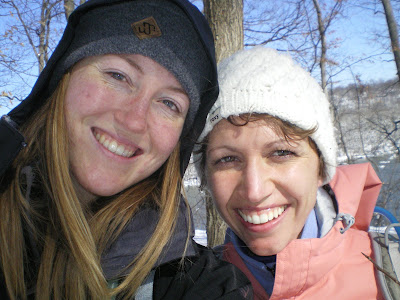 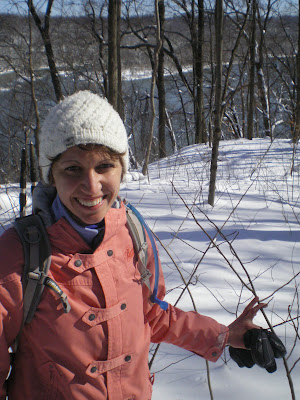 oh and who could forget the mobile karaoke party, courtesy of stephanie, carrie and jeanette friday night - smack in the middle of snowpocalypse?

(me, emily, kate, mary)
all good times, but i'm ready to move on. i'll always love you, but i have to do this for me. i hope you understand.
annie
ps if i were you, i'd blame it on that puxatawney phil for making you stick around so long. stupid groundhog.
Posted by annie at 1:08 PM 10 comments:

my ax is ALWAYS sharp (i'm a girl scout)

in case you didn't know, the national weather service issued a winter storm warning with blizzard conditions - up to 28 inches of snow are expected in the dc region between 6am Friday and 10pm Saturday.  consequently, thursday evening everyone in the greater dc area commenced to panic. schools pre-emptively closed, college classes were cancelled and stores are now out of toilet paper, bread and bottled water and lines for the check-out were ridiculous.  all before a single flake fell.  fellow dc-ists, please note this sage advice from laura lorson of npr kansas:

1. Chopping up your furniture for fuel goes a lot more smoothly if you keep your axes nice and sharp.

2. Do not pay more than $50 for a loaf of black-market Wonder Bread.

3. There's more food in your house than you think. Search the junk drawers — there are often stale Gummi bears and Lemonhead candies.

4. Check on your shut-in neighbors, especially the ones who don't think you are sufficiently serious about lawn care in the summertime. Be extra-nice and superconcerned while you are there. They will feel guilty. The evil glee in your heart will keep you warm.

5. If Pa goes out to find more wheat, tell him to go to Almanzo Wilder's. He's holding back some in the walls to use for seed next spring.

7. Keep a sense of perspective. Running out of Chai Latte K-Cups is not worth a call to 911.

8. To clear your driveway of heavy snow and ice, get married.

9. Stay off the roads if you can ... but if you absolutely, positively have to get to Capitol Hill, strap yourself to Mitch McConnell and tell him that Harry Reid's scheduled a vote on abolishing the filibuster.

10. Enjoy it. Stay home; stay safe; make soup; read a book. Make snow angels. Learn what we already know here in the Midwest — you can think of snow as an annoyance, or accept it for what it is — a gift of time. Time with your family, time with your thoughts, time to be thankful for shelter and warmth and hot chocolate. Take the gift; enjoy it; use it well.

thanks for the advice, laura! it rivals the advice i received before moving from georgia to colorado: don't eat the yellow snow.  good thing i only paid $47.68 for the last loaf of wonder bread after i fought off an old lady trying to beat me with her walker. sucker.

thanks also to my mother for bringing this lovely broadcast to my attention and to npr for employing such a person. the full broadcast can be found here:

Listen to the Story